My baby is breech, now what?

In reading this, you or someone you know may have found out that their baby is breech. If you are looking for a safe and gentle way to encourage your baby to change from a breech position to a head down position, then hypnosis can help. Often breech babies are in a breech position because the muscles in and around the uterus are tight and are not allowing baby to turn easily. Feelings of fear and anxiety may be keeping these muscles tight.

Through the use of relaxation and gentle suggestions, many mothers are able to completely relax and release tension from this area enabling babies to turn all on their own. This method is extremely gentle and safe for both mothers and babies. The only side-affect is wonderful deep relaxation. In a clinical study, hypnosis was found to be 81% effective in turning babies head down. I invite you to read about the study to learn more.

“I was in my ninth month of pregnancy and my baby was in a breech position. My doctor had booked an ultrasound and told me about the chances of a cesarean section if he decided not to turn around. We tried all the tricks we had heard about (like the flashlight, ironing board, ect!) and I decided to ask Marie if she knew of any yoga positions that may help and she told me about hypnosis. It was relaxing, safe, and an experience that furthered bonding with my baby. Marie had told me that babies usually turned within 48 hours, despite this I thought he would turn right away with her instructions! When he didn’t turn during the session, I felt terrible that I would have to go to class and tell Marie that I was the first one she did it with that it didn’t work! But that night I listened to the CD and early the next morning I woke up because of the acrobatics going on in my belly. He turned and we subsequently had a wonderful natural birth experience. I continued to listen to the CD throughout my pregnancy to get the benefits of relaxation – and to keep him in the right position!” ~Allison, mom to Elliott

Study published in the Archives of Family Medicine

A researcher at the University of Vermont, Burlington, used hypnosis with one hundred pregnant women whose fetuses were in the breech (feet-first) position between the thirty-seventh and fortieth week of gestation.

The intervention group received hypnosis with suggestions for general relaxation and release of fear and anxiety. While under hypnosis, the women were also asked why their baby was in the breech position.

The study, which appeared in the Archives of Family Medicine, reported that 81 percent of the fetuses in the hypnosis group moved to the vertex position, compared with 48 percent of the control group.

“I want to tell you on Saturday that I felt her turn last Sunday night (about 5 hours after our session I listened to your script again to double the effect), and in an hour I felt our baby Sonya’s head down. I went to see my doctor for my regular appointment and he did confirm that she turned the right way!  I just want to thank you again for your prompt help and considerate approach.”  Inna Lobach

Hypnosis sessions are done over the phone from anywhere in the world.    (I am a clinical hypnotherapist in private practice.)

Sessions include an audio recording to practice with at home and deepen the effectiveness of the session.

Contact me by phone 306 502-5477 or email at marie.berwald@birthbliss.cato arrange an appointment.

“I came to see you Dec. 22 because I was 35 weeks and my son was breech. Well I went home, listened to the disks, etc. and the next day went to see me Dr. He felt my belly and thought baby turned, but wouldn’t know for sure until my 37 week ultrasound which was this morning.  I just wanted to let you know that baby did in fact turn….. no longer breech and is in the perfect position to deliver. I just wanted to thank you for your session, your info and kind words. I will definitely be recommending you to others.”  Christina Kaluza-Hughe

Even if you are part of the 19% whose baby is unable to turn head down, you will still benefit from the release of worry and anxiety and the feeling of peace and connection with your baby!

Plus it is possible to have a beautiful gentle vaginal breech birth.  Here’s is a story to inspire you.

The birth of Zoe -a natural breech birth! 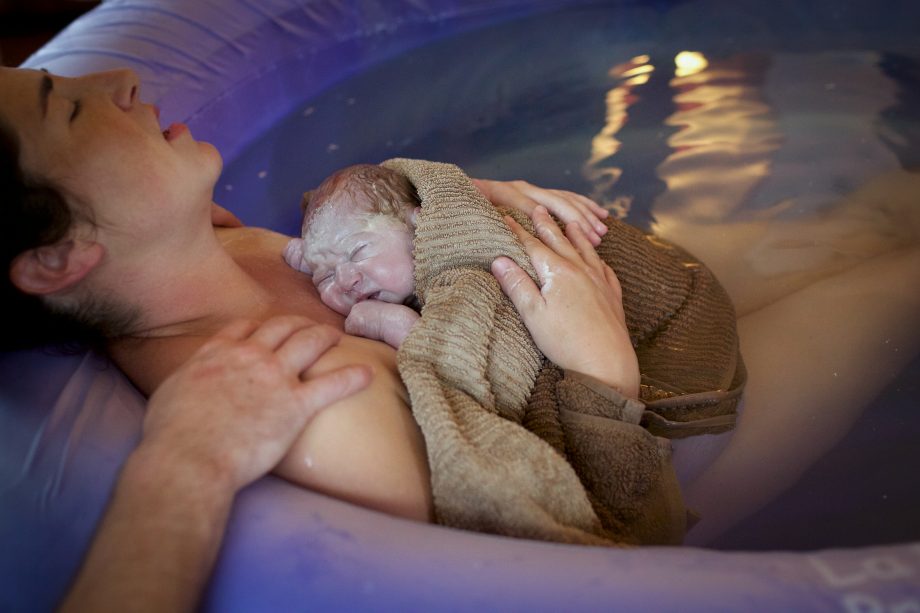