With Shannon’s first birth – she felt overwhelmed by the contractions of labour.

She told me that if contractions are like waves, then that first time, they were pulling her under, and she felt like she was drowning. Her body would freeze & she would just hold the breath to try and escape.

And as soon as one contraction would end she was already dreading the next one. She says it’s like she didn’t even realize that she was being given these rest periods between the contractions because her mind was spinning and worrying about the next one.

In the end, she opted for the epidural, which created some other complications and her recovery was difficult.

Fast forward to Shannon’s second pregnancy – now super motivated to find a better way – she joined our course, learned how to breathe in a way that helped her labour and allowed her to say in the moment = which is SO IMPORTANT so that you don’t miss those rest periods.

And she had a TOTALLY different experience; saying that she is thrilled with how things went …about 1000 times better than the first time around!

Here is her story….

My “guess date” for baby #2 was July 21. I was sincerely hoping that the baby would come early because it was feeling so heavy and awkward to do anything. I didn’t really do anything to initiate labor.I knew the baby would come when it was ready. I tucked myself into bed on the night of July 15 with a great movie that makes me laugh every time.

With my first pregnancy, the surges had never been regular, so I wasn’t sure if these were “real” or practice.

I sent my husband off to his early morning breakfast meeting, but the intensity and frequency of my surges was soon so strong that I called him an hour later to tell him that today was the day!

Almost as soon as the surges started, I began listening to my birth visualization and resting in the polar bear position, to help ensure that the baby would be in the right position for birthing.

I had spent a lot of time doing this the past few weeks as my firstborn was born posterior.

At about 7:00am I called our doula and called my sister-in-law to come look after our daughter while we were away.

My doula, Lyndsey, was very reassuring. We agreed that I’d call her again when she needed to coming over, as I felt like I was managing well, and I wanted to stay at home as long as possible.

My husband arrived shortly after that, bringing his positive and comforting presence back by my side. There was a special comfort in having his voice near and his touch on me.

I got into the tub, (so relaxing) and kept listening to my guided relaxations, while Jason took care of our daughter until her auntie arrived to take over.

Marie’s voice has always been so soothing, and it was really helpful in getting me to relax muscles that I wanted to tighten with each surge.

I didn’t really time my surges as they still didn’t seem regular, but they were certainly becoming more frequent and intense.

I got out of the tub and got ready. Jason had called Lyndsey to come, and I re-entered my polar bear position, doing hip circles to help me cope. I found this to be really effective.

At about 9:00 AM, I had no doubt that it was now time to head to the hospital. I could feel that my pelvis was starting to open up… (It’s hard to describe how this feels exactly but that WAS the feeling!)

I felt sure it was time to get somewhere!  With each surge, I got on my hands and knees to manage the tightness.

Lyndsey had just arrived and followed us to the hospital.  I rode in the backseat bent over my daughter’s carseat, as there was no way I could imagine sitting for the ride.

Once we got to admitting, my surges were about 90 seconds apart, and with each one I had to lean on something, doing hip circles.

We pressed to the front of the line, and my husband told me LATER that it must have looked pretty funny to those behind me in the lineup because I was wagging my tail at them!

Normally my self-consciousness would have me caring if people thought I looked like a weirdo. Oddly enough, that doesn’t factor in when the baby’s a-coming!

I walked up to second floor as fast as I could between surges. When I got to my room, my water broke (now 9:15 AM).

I got on to the bed in a side lying position, and that’s the last time I looked at the clock until it was done. I had my eyes closed for most of the time to focus and concentrate on breathing and on what my body had to do.

There was one point where I had been breathing the baby down (and pushing a few times when I felt the urge), I was visualizing various things like the baby in the right position and a rose opening gently, and the nurse said that one hour had passed with me lying in this position and not much progress.

She explained that their protocol was to put some oxytocin into my IV to help speed things up a little. I declined this, and my doula suggested we change positions to see if that would help the baby to descend. My husband sat behind me in the bed and I leaned up on his legs.

This change was the ticket!

I don’t know how much time passed exactly, but from that position change to the baby crowning wasn’t long! They asked me if I wanted to reach down to touch the little head. What a moment to motivate me towards our face-to-face meeting!

A short time later, she was here and quickly placed my chest.  She was slippery, wet, and beautiful!

She cried heartily right away and we were so thrilled to finally be holding her in our arms. She was born at about 12:15 PM.

The course with Marie made me feel like I was really prepared for this birth.  The biggest thing I believe it did for me was to provide me with many coping strategies for the labour and delivery.  Feeling equipped, my attitude towards the approaching day was one of excitement and anticipation instead of dread or fear.

I felt that I did everything I could to prepare, and I am absolutely beside myself with happiness about how the experience unfolded.

I had very little tearing because I learned to listen to my body. With this birth, I had no drugs because I was so focused on what I needed to do to help the baby out.  I’m not opposed to drugs completely, but I was able to navigate the experience without any real urge to receive any.

I never once thought that I couldn’t do it. In fact, I think I even said somewhere in the midst of it that I could do it!

Better Birth gave me the confidence and the strength to birth this baby in a beautiful way.

With my first child, I took an epidural and had an awful time recovering. I knew that I didn’t want to repeat that experience.

The birth of my daughter was a GREAT experience! (and before this I never believed that there was such a thing.)

The hospital staff were exceptional and very accommodating of our birth preferences.  I felt so good after, like I could go home even a few hours after delivering.

When pregnant, I listened and read the many birthing stories Marie shares, and I was always amazed by the unusually positive descriptions of the experiences.

I’d simply not heard such birth stories before. But now I have my own great experience to tell others.

Thank you SO VERY MUCH, Marie, for preparing us so well!

You’ve given countless couples hope that a natural birth can be a great, joyful experience.

﻿All it takes is a little preparation and practice!

written by Shannon B. 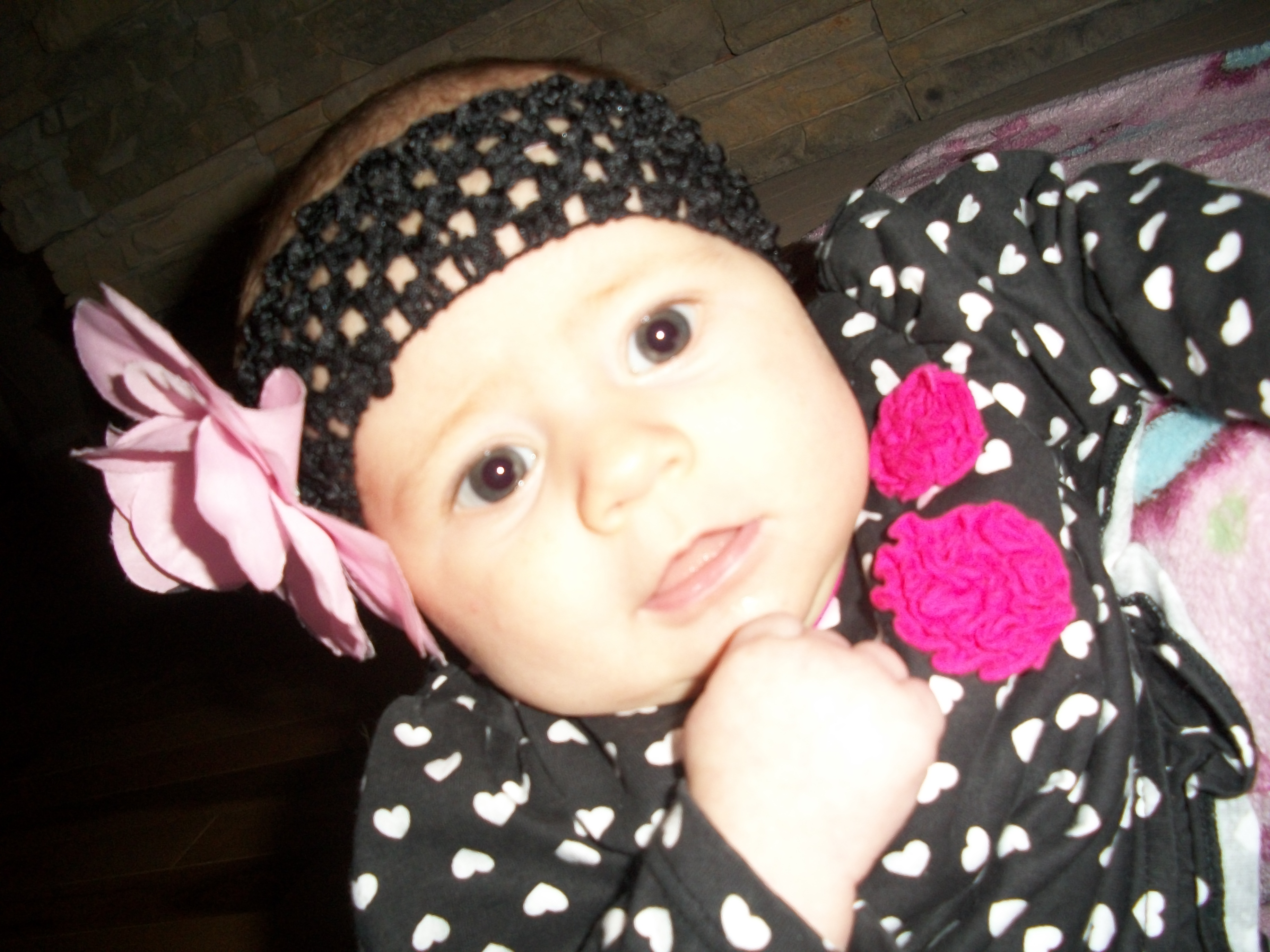 You are probably familiar with the expression “in the zone”. This is often used to describe a flow state. Psychologists define the […] 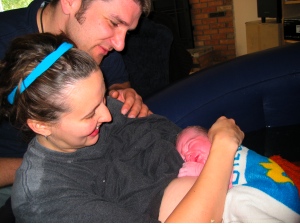 At 4 days postdate I was starting to get a bit antsy waiting for baby to arrive.  Wednesday was an emotional day […] 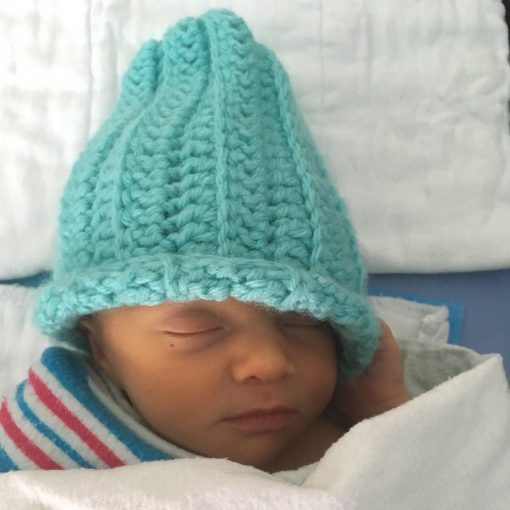 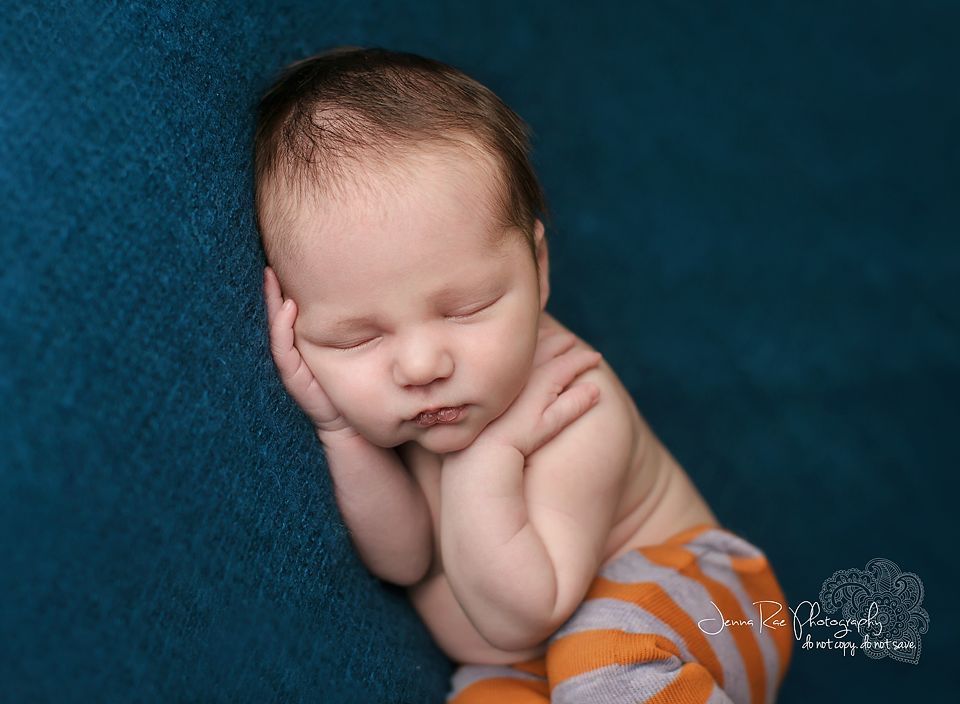 The skills I learned in hypnobirthing helped me throughout Félix’s entire birth, especially in the active stages of labour.  I view his […]