Immerse yourself in positive birth culture with stories like this, and feel the trust in your body strengthening.

Labour got started for me much later in the month of May than I thought it would.

Being that this was my 3rd pregnancy and how uncomfortable I’d been feeling for so long, plus both other children came 7-10 days before their due date, Steve and I believed that this child would join us much earlier.

We really should have known better, as every child and birth are different and unique.

It was early morning on May 20th, only 2 days before my due date, that things started to happen.

Two days before I decided to try some labour starting recipes. I made special cookies and special hot chocolate. They didn’t seem do much, but then again maybe they did.

They weren’t very close together, so I just did my best to sleep.

That was a little tricky as it was the May long weekend and some teenagers from across the street were celebrating until around 3:30 am.

My other two children were also making the odd noise in their sleep and I was feeling that nauseous cramped feeling. At 4am I felt extremely hungry and got up to eat some yogurt and pineapple.

Then I went back to bed.

I woke Steve at about 5am to let him know that the surges were starting to get closer together and I thought that this was labour.

I called my mom, as she was supposed to come and watch the girls for us while we went to the hospital. She had a two hour drive to make so I wanted her to be here with enough time.

My second birth went extremely fast and I wanted to make sure this time we didn’t under estimate anything.

I went back to sleep, or at least tried to because I knew it could be my last chance to have a rest for a while.

I started to feel hungry again around 6am so I got up and had some cereal.

Then I felt like I needed to have a bowel movement. After that surges got extremely close together about a minute apart. They weren’t slowing down at all so I thought perhaps we should get to the hospital just in case things were moving that quick.

Steve called our friend to come over to watch the kids until Mom got there and once Arlene came by we decided to head to the hospital. It’s only 2 blocks away so we weren’t concerned about a long drive or anything.

We got to the hospital and went straight to our room. The nurse checked me and said she thought I was 5-6 cm dilated.

I could feel the surges slowing down and getting farther apart. After maybe an hour they were completely gone.

The doctor came to check on me and said I was in her opinion only 4 cm with bulging membranes.

We decided I should have a bath and relax a little. I did and my mom stopped by to visit to see how I was. We chatted briefly and then she left to go over to the house to take over watching the girls.

I got out of the tub and rested in bed for a bit, which was nice because I hadn’t had a lot of sleep that night. After about 45 minutes of sleep I got out of bed and we started to walk around the hospital hoping to get things moving again.

I had a couple of good surges and things picked up. After a little while they were about 5 min. apart and staying at that distance.

We walked to the cafeteria to get a little lunch and ate some back in our room.

I sat on the ball for a bit while Arlene messaged my back and things kept progressing. The doctor came by at 2pm to check on me again and said I was still only 4 cm.

She really wanted to move things along by breaking my water, but I politely said no thank you.

They wanted to strap on the monitors to see how baby was reacting to the surges and I agreed.

For about 20 minutes I had to stay upright in bed while the monitors were on. I really didn’t like that. The surges seemed more intense somehow while I sat there instead of standing or swaying my hips, or even laying on my side.

I just thought if this means I’ll be left alone for a while then good.

Everything seemed to be fine, so she said we’d check in in a couple more hours. I think it was about 2:30 pm at this point.

I needed to use the washroom and discovered the mucus plug.

We walked a little, but things were starting to intensify and my back was taking a lot of labour. Arlene and Steve applied counter pressure, which helped.

I kept breathing up slowly and out slowly imagining I was filling up a balloon. That image always seemed to help me.

We didn’t go far and Arlene suggested going back to the room.

I leaned on a large chair and swayed my hips as they applied counter pressure with an ice pack. I felt myself getting warmer and warmer as things intensified.

Arlene suggested getting into the tub again and she would spray water with the shower hose over my back while I was on my hands and knees. I said ok and we tried it.

The water felt so nice instantly as I got into the tub.

Having the water falling over my back helped a lot with the back labour as well. It gave me a chance to really focus and I just imagined with every surge that my baby was getting closer to me.

At some point in the tub I had a change.

I could feel it, like suddenly things had shifted.

So they got me out of the tub and into the bed on my side with lots of blankets.

I was really breathing my baby down then and just kept my eyes closed and tried to stay relaxed. Steve held my hand and as I was having a surge my water broke. Steve said he even heard the pop.

Things just moved so fast only 3 or 4 more surges and baby was out.

At one point in there I was wondering where everyone was because the nurses weren’t there or the doctor. Steve called the nurse quickly and said “she’s pushing.” The doctor they said was on the way.

I could feel the baby crowning and just the nurses were there.

The doctor came in right at the last second and they had checked to see if the cord was around the babies neck. The nurse said she didn’t think so, but the doctor was checking and said it was. They did some kind of adjustment just before baby came out to fix it.

She made a little sound when she came out that was it, but because of the cord being were it was.They whisked her off just to check her.

Then she gave a good cry and all of them seemed to be relieved.

I knew she was fine.

They gave her instantly to me and I was elated. A wonderfully perfect baby girl!

We were having the cord blood saved for storage so the nurses and doctor took care of that while Sara, Steve and I cuddled. Once the cord blood was collect Arlene and Steve had to make some phone calls to get the courier ready because Arlene was taking it to Saskatoon to the airport for us.

While that was happening the placenta was taking its time. A whole hour actually before it came out. The same thing happened with my second birth. They were talking about sending me into Saskatoon if it didn’t come soon.

I knew it would just take a little bit. It just seems to be my way or something.

Thankfully it did come and everyone was relieved.

I only had 1 small tear. The doctor was thinking perhaps she would leave it without a stitch, but decided she should put one in just so it wouldn’t irritate me, and that was it!

Then we were left to get equated with each other.

Steve took off to go tell our girls they had a new baby sister. They were very excited and wanted to hold her instantly.

She was nursing when they got there, and I think she just wanted to keep nursing to avoid the craziness that just came into the room, but they got to hold her and it was wonderful.

﻿Our family is complete. Everyone is happy and healthy! We are so thankful!!

I really owe a lot to the hypnobirthing method.

It truly does work, and it’s worked for me with all my births.

Even though they were all different – the visualizations and the relaxations helped me to keep my body relaxed and calm so it could work the way it’s designed to.

I truly believe that birth is an amazing wonderful thing!

Lily finally arrived yesterday morning at 11:01am. She weighed 7lbs, 10oz and was born perfectly healthy.  I’m not sure when labour really […] 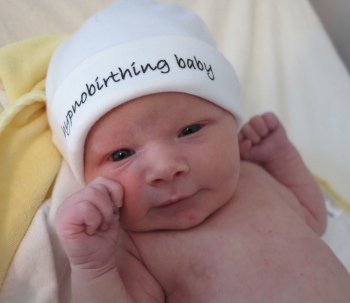 There were a few different ideas of when our “due date” was.  According to the pie chart at the doctor’s office – […] 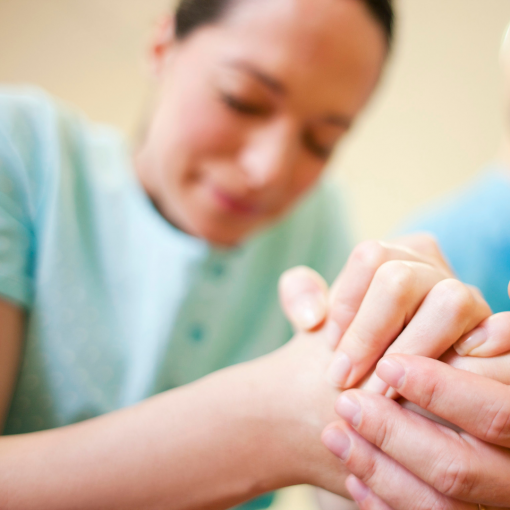 With Shannon’s first birth – she felt overwhelmed by the contractions of labour. She told me that if contractions are like waves, […] 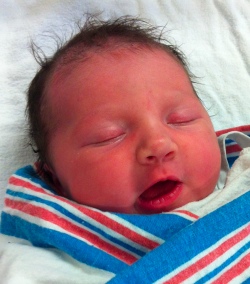 My first labour was only 4 1/2 hours long and although I decided beforehand that I would have an epidural, there was […]